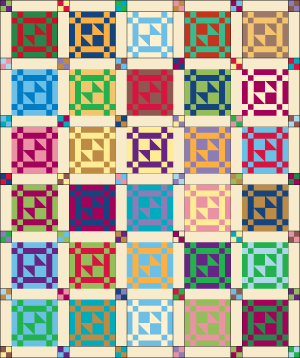 It was just a moth stuck in the bathroom window this morning! I’m not one of those crazy (I take that back—they’re not crazy!) kind-hearted people who take insects outside instead of squashing them, but this guy was so frantic… and big, I didn’t want to make a mess!

So, I released the screen to let him out only to find that he was between the top and bottom windows. Now, I’m holding the screen out the window and trying to move the windows so he can find his freedom. I just about gave up, but, hooray! he was able to brave it and fly around the wooden frame and out to his world.

Lesson # One: He was so close to freedom but wouldn’t make the leap away from light to clear the window. His instinct told him that if he just headed towards the light, he would be fine, but his instinct manual didn’t include any instruction about glass! When am I afraid to go “Beyond Common Sense” and do something extraordinary for God? What is it that I’m trusting to be the right way, but it’s not? Hmmm?

Lesson # Two: His way was the wrong way. Proverbs 14:12 tells us that “There is a way which seemeth right unto a man, but the end thereof are the ways of death.” Yikes! That’s pretty serious! Believing in anything but the Blood of Jesus Christ is the wrong way to heaven. It’s really frightening to think that “good” people will be in hell but look at Nicodemus. He was a really good guy, but if he had kept on his “right” path of good works, he wouldn’t be enjoying God’s presence right now!

Lesson # Three: Patience! I was ready to give up on the poor stupid thing! After all, if he couldn’t figure it out, it wasn’t my fault. How many times do I become impatient, perhaps giving up on someone when a change of heart is right around the corner?

Finding God’s message in the mundane—He has so many lessons for us! What a wonderful heavenly Father we have!

Teach me to do thy will; for thou art my God: thy spirit is good; lead me into the land of uprightness. Psalm 143:10