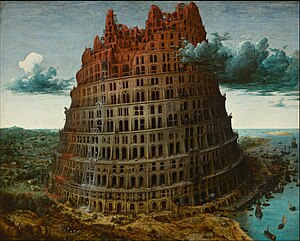 The Son of man indeed goeth, as it is written of him: but woe to that man by whom the Son of man is betrayed! good were it for that man if he had never been born. Mark 14:21

In just a few days the horrific yet wonderful story of Jesus’ last days on earth will end in glory, and we will celebrate His omnipotent victory over death.  Jesus is very much alive!  He has conquered death. But where is Judas? Judas Iscariot is dead. Who was Judas? What do we know about this man?

Here are the facts that we can gather from scripture:

Judas was progressive.  We don’t know what he thought when Jesus chose him as one of the twelve; however, Jesus’ ministry was already flourishing and it could be that Judas saw it as an opportunity to improve his situation. While all the other disciples were disillusioned into thinking that Jesus was about to usher in His Kingdom, it may be that, as time went on, Judas began to believe differently. It seems as though Mary’s gift was the last straw. All this waste—money that didn’t make it into his purse!

Whatever the reasoning for Judas’ hard heart, he betrayed the One who would die for him, rejected God’s precious gift, and took his own life.

Jesus’ words are haunting. What a strong statement, and yet it can still be applied to people today. If we continue in this life, seeking our own way, our own salvation through personal beliefs or the beliefs of false religions, it would be better if we had not been born! Why? Because any other belief will take our souls to hell, and Jesus knew this! Perhaps His greatest suffering on the cross was the realization that so many would still spend eternity in hell, in spite of His ultimate sacrifice!

As our world becomes more diverse, it seems too intolerant to believe that Jesus is the only way to heaven. Can all the other religions of the world be wrong? Here’s a thought that might stretch you a bit.  Bear with me!

When this world was destroyed by the worldwide flood, eight people disembarked from the ark. Every one of those people knew the one true God and saw His incredible power, but just one hundred years later, they had forgotten Jehovah’s instructions for a blood sacrifice and were building a tower to God—an amazing symbol of man’s efforts to reach God by his own design. They scattered, and instead of taking the truth about the one true God with them, they chose to be smarter than God and make their own gods.

The truth is always available to anyone who seeks it. Did Judas have a choice or opportunity to embrace Christ instead of betraying Him? Absolutely! Any person who has taken a breath has that opportunity. If you doubt the truth about Jesus Christ, will you consider this: He died in your place! If you want to read more, here’s a wonderful story that may help to make everything clear, and here’s is the Gospel, plain and simple. May it not be said of you, dear reader…

When we leave our hearts and mind open and empty of God’s Holy Spirit, we are just as susceptible to Satan as Judas was.

Then entered Satan into Judas surnamed Iscariot, being of the number of the twelve.     Luke 22:3